Oh where, oh where, did the Nursery Rhymes go?

January 15, 2011
One day I brought in one of my favorite Robert Sabuda pop-up books to share with my students. I had planned to do a read-aloud in which I would read the nursery rhymes in the book to my students and have them participate by saying them with me, and by inserting missing words as I read aloud. I didn't think this would be a problem for my students, since the rhymes were very familiar and widely-known. Wow, was I wrong. As I read the story aloud, it became apparent to me that out of the 20 second graders, only 2 of them had ever heard any of the rhymes! I decided to change my strategy as I read and point to picture clues and have the students read the rhymes with me; however, as I read I was contemplating the connection between their unfamiliarity with these rhymes and their overall difficulty recognizing rhymes audibly.


Mother Goose and her nursery rhymes were so familiar to me as a kid, that even now when I hear certain words that rhyme, I recall some of the stories from my childhood. Not only did these stories entertain me, but also they helped build critical skills that aided in my learning to read. Rhymes of any type are important for children to hear because they help teach that words with the same sound endings have connections in speech, and often within our written language as well. Rhyming, as defined by dictionary.com is "a word agreeing with another in terminal sound..." This agreement helps children develop phonemic awareness (an awareness that letters, and combinations of letters make certain sounds) that is crucial in one learning to read. 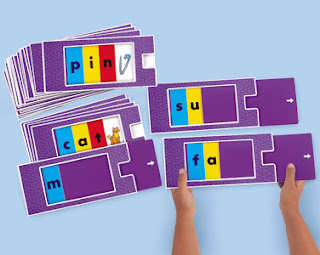